Ace tennis player Rafael Nadal announced on Monday that a suit will be filed against the former French minister for accusing him of doping charges. He was forced to take this step inorder to protect his integrity and reputation. A defamation suit will be filed against the Roselyne Bachelot, the former minister in Paris following the offensive interview on French television in March. It may be mentioned here that Bachelot was in-charge of health and sports during her tenure and said on the Le Grand 8 show that Nadal had to take a seven-month long break in 2012 probably because he was positively tested for doping.

The comments from Bachelot came after Maria Sharapova failed to clear the dope test. In a press statement, Nadal said that it is not just to defend my image but also to uplift the values followed all his life. The player also announced that the compensation offered by the judge will be donated to the nongovernmental organization in Paris. There was a roaring support for the athlete from a fellow player and spainards. The Spanish Olympic Committee and the Spanish government representatives also criticized the comments made by Bachelot. Nadal’s coach, Tony Nadal said that Bachelot was an imbecile.

With 14 Grand Slam and Olympic gold media, Nadal is a sports idol in Spain. Meanwhile, the President of the Olympic Committee of Spain Alejandro Blanco informed that an effort to make Nadal the flag bearer for Spain at the Rio de Janeiro Games. Blanco said that Nadal deserves this special honor particularly after the way he was treated by the former French minister. 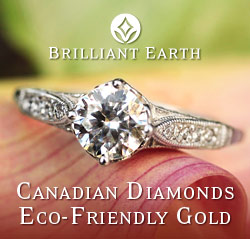